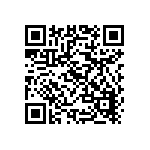 Enter the court of Henry VIII of England, and lead the country through the reformation. Politics, religion, love, and war in 16th Century England.Tudor Intrigue is a 175,000 word interactive historical novel by James Young, where your choices control the story. It's entirely text-based—without graphics or sound effects—and fueled by the vast, unstoppable power of your imagination.• Play as a nobleman or noblewoman.• Change the religion of England.• Mary the King.• Make alliances and maneuver in court.• Take part in high stakes trials.• Seize the Crown for yourself.
Tudor Intrigue APK Version History