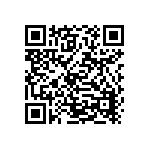 Play the #1 Superhero Maker game with 100,000+ downloads, 1M+ Superheroes created so far!Now's your chance to finally create your own super hero and super heroine and that too forFREE. It provides you a platform to not only redesign your favourite action hero but to also dressit up according to your own style in your very own comic theme costume and accessorize it withtons of gadgets & superpowers.After dressing-up your character, your super hero fights againstthe evil minion army. The best superhuman simulator on android.Play tons of Superhero simulator mini-games:◉ Flying Superheroes: help your superhero make his way to the top ,to defeat the evil minion army. Collect boostersand coins to help boost his speed and energy on his way.◉ Super Tap: you'll be helping your superhero dodge all the bombs, which are being thrown at him from theevil minion army from above. And you help him collect all the boosters and fruits to regain hisenergy.◉ Super Jumper:help your superhero defeat the evil powers, by saving him from the rockets and drowns thrownhis way and by making him jump over them.◉ Pixel Superhero: your superhero has entered the evil minions lair, and makes his way through all the obstacleswhich come his way, and incase of any injury your superhero will be provided with 3 lives.How to play Superhero Maker◉ Select between male,female , or alien superhero characters◉ Dress up your character by choosing from hundreds of customization options◉ Add superhero masks, super villain weapons and heroes and villains costumes!◉ Choose your superheros superpower◉ Make lots of heroes, villains and visit them all in your Superhero HQ◉Arm your characters with a sword, gun, shotgun or chainsaw◉ In Flying Superheroes, tap as fast as you can & reach the galaxy far far away◉ In Super Tap, travel to a different world & fight-off the minion army & epic bosses◉ In Super Jumper, travel to a different world & fight-off the minion army & epic bosses◉ In Pixel Hero, jump over obstacles & run as far as you canNot only is this game fun but it's full of adventure and gives you a chance to feel free and createyour own superhero look. Also it allows you to share your superhero design with your friends andfamily via fb and to also share your game score with your friends and family. This game is free todownload and play. Don’t miss out on it. It’s really addictive!
Superhero Maker APK Version History