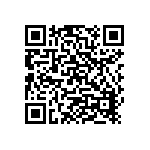 Ninjutsu World is an anime online action role-playing game, which brings high quality graphics, splendid voice and classic scenes with an original Ninjutsu character storyline. There are many Ninjutsu characters in the game to fight with you. Start your adventure with your Ninjutsu who always fight along with you on this journey. Over 100+ characters from Shadow, S, A to B levels are waiting for your summoning.A variety of different training choices, you can summon and raise characters from Shadow, S, A to B levels to fight with, and each of them has individual ways to grow up and fight. Attires from battles help equip the Ninjutsu. Different attires have different abilities. And Ninjutsu is also an important part of the game.Special Bond System helps you become stronger through collecting character's friends, lovers, families and enemies, which means you will fight with the perpetual rival and first love to beat mighty opponents.Besides all common instances in the game, story instances, trials, world boss, arena and the cross-server battle is waiting to be challenged. Beat the Bosses to move up your ranking over the world, defeat worldwide players in arena to be the powerful one! The game is perfectly playable, you can fight alone or you can join a clan to share passion with new friends. Features:1. More than 100 playable and powerful characters.2. Fight with classic Ninjutsu, enhance and evolve.3. Build and fight in a legendary Clan.4. Based on the original anime storyline.5. Unique Ninjutsu and bond system.6. Massive trials and battles.
Ninjutsu World APK Version History