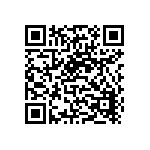 Breakthrough Manga figure posing tool for the artist. Now you can always have your very own reference Manga model with you. You can create any pose quickly with an easy to use pose interface. Its simple, just select the body part and then pose the figure. You can pose both the Manga male and female figure. The coolest feature most important to artist is the figures use no constraints allowing geometry to intersect. This allows Artist to pose from realistic to extreme poses. Use it for Drawing, Manga, Illustration, Character Design, Animation, Story Boarding, Comic Books.

The Manga Pose Tool 3D was designed by the Artist Riven Phoenix who brought you super hit 'Pose Tool 3D' app for figure drawing artists. He is also the author of 'The Famous Figure Drawing Course HD' used in over 68 Countries. His Pose Tool 3D app was declared the top 10 must have art apps by imagineFX magazine.

- One Finger - Orbit around figure

- Two Finger Pinch - Zoom in and Out and Pan at the same time. This feature gives you the ability to setup dramatic shots for your poses quickly. Very powerful feature.