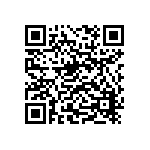 The description of Final Destiny Summoning the Norse Gods to save the fantasy world from collapsing, it is your fate to stop the monster invasion and write your legends! Join this epic fantasy 3D MMORPG and fight demons and monsters in Final Destiny!Final Destiny Features◎FANTASY GAME BACKGROUND STORYIn this mysterious land of magic and tales, people were enjoying idle and peaceful life until one day endless alien monsters intruded into this lovely world. People were brave enough to stand up and protect their home even at a cost of their lives. Kingdoms were fallen and families were torn apart, monsters’ raid had destroyed everything-- even shards of hope. Luckily before the final moment, Stormeir led the Norse Gods to Soavade and killed the monsters. As the alien portal was teleporting more monster legions and the world was still in danger, the Grand Alliance of heroes from Soavade and Norse Gods was established to fight this monster war.◎ 3D CUTE AND POWERFUL CHARACTERS AND PETS TO CHOOSE- Three races- Great Bear,Civet and Human are available with Warrior、Assassin and Mage classes to play with, all are displayed in cute 3D models.- Adventure alongside a cute pet to accompany you in battle!◎ PLENTY OF EPIC HEROES TO BUILD UP A STRONG TEAM- Super Norse Gods will serve the summoners with flexible abilities and tactics. - The league of union will grow stronger as more Gods and domestic knights are coming to hold the frontier!◎ SPLENDID GEAR AND COSTUME SYSTEM- Craft and enhance the weapons with domestic soul stones and adhere unbelievable power to your gear! - Every equipment has its own appearance and there are a wardrobe of outfits for you to change the appearances at will.◎ BIG CITY MAP TO ADVENTURE AND INTERACT WITH OTHERS-Dressed up in your favorite outfits and rush into the city streets, you can interact with players and take selfie in front of fountain. - Walk around and use treasure maps to search hidden bosses and fortune, take a break and enjoy the moment of getting connected with others.◎ MMORPG - JOIN GUILD ONLINE - Play free fantasy games alongside guilds with friends and take down the server boss in epic 3D battles!- MMORPG games – Team up with a massive community of heroes to take on dungeons for epic rewards- Strategy is key – Find your hero’s strengths and form the ultimate alliance- Battle against other guilds and become the one true leader! ◎ CHANGE THE VIEW IN BATTLE- Adjust the camera and find a favorite view to watch the battles, giving your a brand new fighting experience. Friendly Online Customer Service and CommunityWe have 7*24 online customer service for you whenever you have problems in game. We have opened extra feedback communities on Facebook and Discord, where you can report at any time, make friends from all over the world and talk to GM directly.Facebook: https://www.facebook.com/finaldestinypoppace/Discord: https://discord.gg/awNaWdX
Final Destiny APK Version History