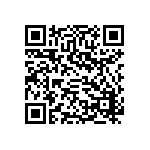 This is a Simulation strategy RPG. The game’s rule is turn by turn within you and AI. You can fight down the enemy to gain SP, and use MP to launch your magic power to destroy full screen’s monsters. By this way, you can train your boy LV UP to finish the mission.It is a long long long time ago. The supreme God “Huang-Di” defeats evil spirit Emperor “Chi-You” finally. The world of Nabis regains peace. But 1000 years later, the evil spirit Emperor returned. He becomes the king of Nabis. His name is ZHOU, whose name stands for tyranny. He is more stronger, cruel and ferocious. Now, the young boy “Jiang-Shang” (your role) is growing up and ready to fight against ZHOU’s army. In order to look for the mandate of prince “Ji-Fa” , you must pass layer on layer the danger zone and defeat the enemy again and again .Now, this game supports the Traditional Chinese language only!
FengShen Myth War APK Version History