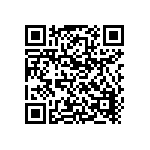 Blast Evil Across the Universe with Players Around the World!Save the universe 3 minutes at a time! Team up with other players in real time for the hottest co-op action on mobile devices!• F2P Sci-Fi Action Adventure• Live 3-Player Co-Op with Offline Play• 6-Player PvP Battles• Collectable Items for Customization• Use Powerful Synergy Abilities• Never Miss Out on a Cool Item! • Unique Loot System that Rewards TeamworkThe evil TOXON Corporation is crushing freedom across the galaxy and only one human brave enough to lead the fight against them-- Dash Galactic, Enemy to the Enemies of the Universe! But even the mighty Dash will need help in this quest-- and you’re just the hero he needs to save the universe!Join Dash Galactic, last of the Galactic Knights; EMMA 10, the one-woman assault force; and Xeno, the mysterious alien ninja; and more Heroes in the future as they battle TOXON for the fate of the universe!Dash Galactic is a multiplayer action game that features six-player PvP battles and real-time co-op adventures where teams of three fight the evil TOXON Corporation. Missions are randomly generated, and the unique loot system rewards good teamwork with improved equipment for better stats and new abilities. Customize your heroes in the Barracks to show off to your teammates, then synch up your powerful Synergy attacks to take out the toughest enemies.Defend space stations, attack TOXON strongholds, and more as you help Dash defeat the galaxy’s baddest foes. Saving the universe isn’t easy, but when your friends join the fights, it’s a lot more fun!Don't you hate it when you play a game, only to find out you missed a really awesome item while playing? Not anymore! You choose your own loot after a mission in Dash Galactic, so you always get what you want. Agonizing between the Railgun and the Personal Field Belt? Your first choice is free, and you can keep taking items for an additional fee!
Dash Galactic APK Version History