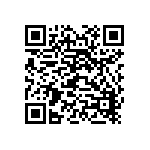 Beta Version:3rd Person Action-RPG offline rpg Game, with three classes, warrior, wizard and archer. Beautiful open world and unique dungeon. Player have ability to ride/mount horse, and dragon (in future update). Unique set of Legendary Swords, Shields, Bows, Staves and Rifles. Set in a Fantasy World, full of Age of Magic, and tale and epic journey. See why it's the best open world android game.The Game (Based on Nanawatai Code)The Kingdom of Avanga has for generations lived in peace with its neighbors, largely untouched by wars of conquest waged by the surrounding petty kingdoms and empires. Stout soldiers and a network of sturdy fortresses are the primary means to discourage invaders, however the lasting freedom of Avanga rests on its spiritual strength and the fierce determination of its people to live in accordance with their sacred beliefs.The most important dictum of the Avangan people is their belief in asylum and the harboring in safety of anyone who petitions for relief. The ages-old “Code of Asylum” applies even to enemies who beg for protection: their pleas for shelter must be recognized and honored.The second most important dictum of the Avangan people is the “Code of Revenge” that demands any mortal injury be repaid to the aggressor in pain, misery, and death a thousand times over. Adherence to this code has warned away larger kingdoms from risking an apocalyptic conflict.And what happens when the Code of Asylum conflicts with the Code of Revenge? How can the need to protect an enemy be reconciled with the need to destroy him? That will be your question to decide…Player takes on a role playing role in a medieval fantasy era.Gameplay: :)Dynamic and intuitive game controlsFierce and fast-paced combat lasting 10 minute or lessCaptivating single player campaign for training and testing your skills----------------------------------------------------------------------3 Classes :)Warrior ClassA melee class that specialize in leading combat and taking the brunt of the damage in groups. Warrior wears heavy armors and can use sword, axe and mace.ArcherArcher-type classes tend to be wise, hardy, cunning, and ranged damage dealers.Ranger is skilled in wilderness survival and sometimes “nature magic” or have a resistance to magic. Their preferred martial arts weapons leans towards practical-utility: archery and can use rifle aswell.Jadogar/Mage/Warlock ClassJadogar is considered to be spellcaster who wield powerful spells, but are often physically weak as a trade-off. A Jadogar’s power is based on the arcane, fire and storm and can excel at mastering the elements and can crate a devastation at their will. Jadogar wear light armors and carry magic weapons and accessories.----------WorldRealistic Massively Large Open world with no loading screen, with 5 different types of terrains (desert, greenfield, cliff, snow and snow mountains)----------------------------------------------------------------------SkillsMore then 20 Unique Skills, Physical, Range and Magical.Minimum 4 unique skills to master per class--------------------MountsHorse Mounts with different set of speed---------------AIIntelligent AI with realistic fighting style-----------OtherDifferent types of Armor, such as light, medium and heavyDifferent types of weapons, such as sword, axe, bow, staff and rifle--------------And Much moreCode Asylum is crafted with passion by a solo developer of old-school RPG fan, who love making the game they always wanted to play.-----------------Performance Issue Fix:Go to Option - Tick "Performance Boost" and reduce "View Distance" and apply. Please Note:All three classes are unlocked.Total 5 maps and new maps can be unlocked using gems.Around 5 hours of Gameplay and more contents will be added soon.For questions or customer support, please contact our Customer Support Desk:https://www.facebook.com/aszgame/http://codeasylum.co
Code Asylum APK Version History