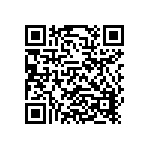 The land lays torn apart by civil war, as a once mighty people ruptures into two rival nations in an endless struggle for dominance. As the forces of men plot ever more unforgivable aggressions upon one another, an unseen evil lingers in the darkness, growing stronger with each passing day. Mystical forces are at play, as demons and monsters ascend for their hidden reaches to lay waste to the vulnerable realm of man. This is a time of chaos, where danger hides around every corner. It is the stuff of legends, will you rise to the challenge?Defend the KeepPick a side and join the vicious war to rule the land. Warriors join the fray as foot soldiers of one of two mighty nations. Battle your enemies in spontaneous open world skirmishes and large-scale battles to defend your kingdom. Complete special tasks set down by you ruler and ascend the ranks, becoming even the king himself!Never Miss a MomentThe adventure never ends, even when you're not playing! With the innovative offline gameplay feature, you never have to miss a moment, gaining experience and rewards while offline. Manage your time inside the game and out as you grow your arsenal of weaponry and cultivate our hero to become the ultimate legend of the whirling chaos that grips the land!Ride into BattleTraverse an expansive game world astride beautiful and fearsome beasts with Mounts! Your trusted steads will stay with you through thick and thin - collect new and exciting mounts and nurture their inner strengths to fill your stables with unique and exciting creatures at your disposal.Revolutionary Open World PvPThe two mighty kingdoms hold tight to their capitals, but beyond each city's walls stretches a dangerous frontier filled with monster and mayhem. Adventurers must set out into this world and brave the risks to reap riches and rewards. But beware! Enemy warriors roam these lands as well, and in the wilderness there is only one justice - the edge of a blade.==Connect==Visit our official site to learn more about Chaos Legends: http://chaoslegends.snail.com/en/Join the Chaos Legends community and learn more on FacebookFacebook Page: https://www.facebook.com/ChaosLegendsOfficial
Chaos Legends APK Version History