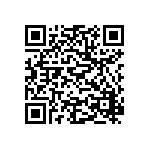 AK-47 is a mobile simulation app of the infamous Soviet era AK-47 assault rifle. It contains a realistic gun simulation and an information screen with details about the gun. The AK-47 is a selective-fire, gas-operated 7.62×39mm assault rifle, first developed in the USSR by Mikhail Kalashnikov. It is officially known as Avtomat Kalashnikova. It is also known as a Kalashnikov, an AK or in Russian slang, Kalash.Design work on the AK-47 began in the last year of World War II (1945). After the war in 1946, the AK-46 was presented for official military trials. In 1948 the fixed-stock version was introduced into active service with selected units of the Soviet Army. In 1949, the AK-47 was officially accepted by the Soviet Armed Forces and used by the majority of the member states of the Warsaw Pact.Using AK-47 is simple. Tap once on the screen to fire, or hold your finger on the screen for full auto mode. Shake your device to reload. There is also an info screen with details and history about this amazing rifle.
AK 47 APK Version History